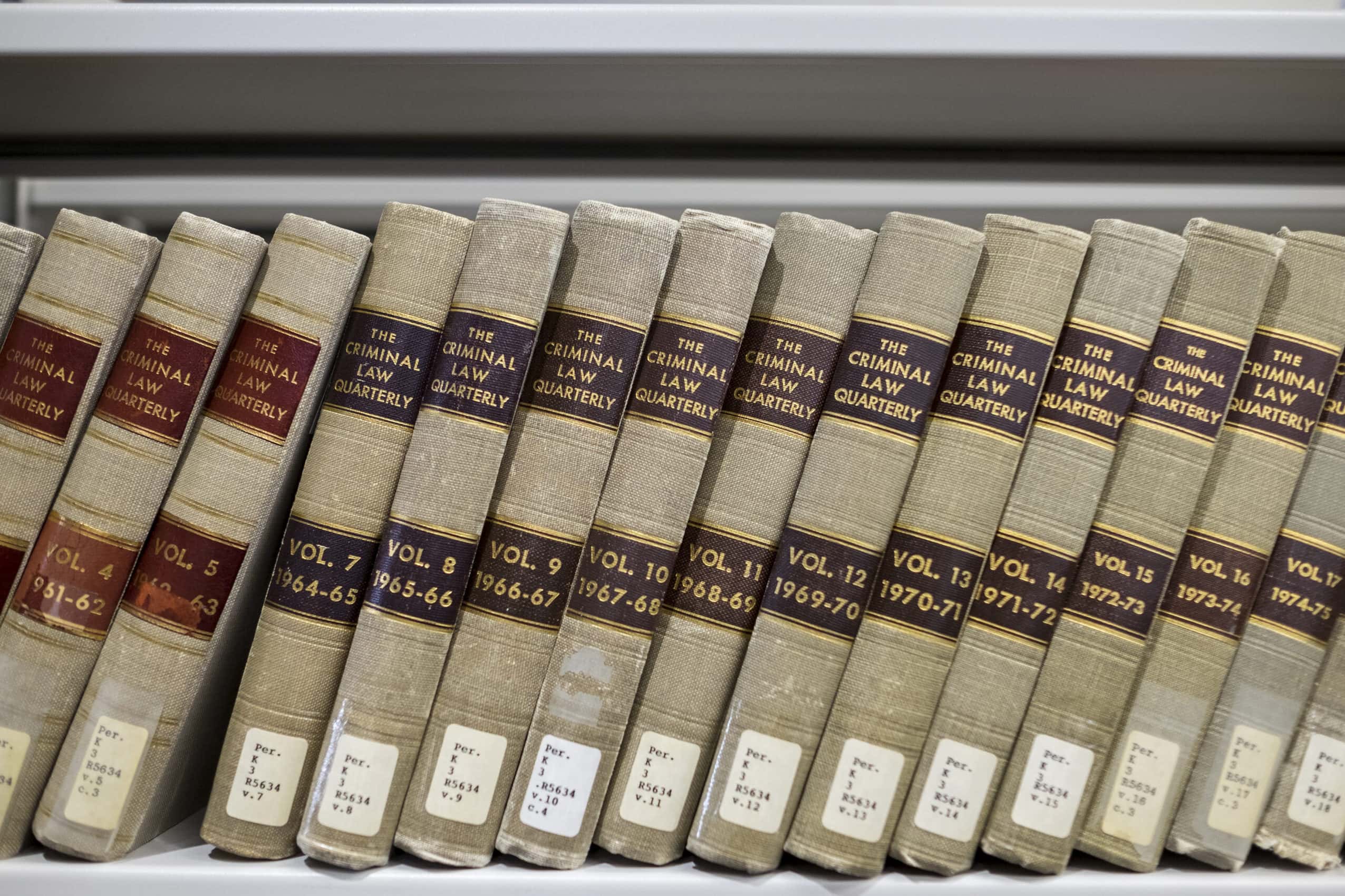 The $1-million gift will endow both bursaries and fellowships.

“Expanding access to a legal education and providing summer fellowship opportunities are among the faculty’s top priorities in support of our students,” said University Professor and Dean Jutta Brunnée, James Marshall Tory Dean’s Chair. “This generous gift from the Darkes will make both these priorities possible, in perpetuity.”

The faculty awards bursaries only based on financial need, and to those students who need it most. The Maureen Kempston Darkes and Lawrence Darkes Bursary will be awarded to a JD student in the Faculty of Law with demonstrated financial need and who are the first in their family to attend law school or university.

“It’s important to make available the opportunity that we had to attend law school and support diversity in all its forms within the Faculty of Law,” says Kempston Darkes. “We want to recognize the immense positive role of legal education and in particular, the positive impact, that it brought to our lives,” says Darkes.

With its robust network of in-house clinics, centres and programs, the Faculty aids its students in finding meaningful and rewarding summer experiences that compliment and enhance their legal knowledge, while growing their professional network, confidence and skills.

I want to encourage students to become involved in issues that are really important to society.

The Maureen Kempston Darkes and Lawrence Darkes Fellowship will be awarded to students with demonstrated financial need, who chose to pursue a summer fellowship with the faculty’s International Human Rights Program (IHRP) or Future of Law Lab.

“Fellowships for the IHRP and Future of Law Lab, reflect important areas of thought and experience, that we should bring to the practice of law. I want to encourage students to become involved in issues that are really important to society,” says Kempston Darkes.

“When I was in law school, I never had an opportunity to intern and use some of the technical legal knowledge. It would have been very valuable. Fellowships allow students to grasp more closely what’s in store in the future, and how the legal system actually functions,” says Darkes.

I want to encourage students to become involved in issues that are really important to society.

A Faculty of Law Distinguished Alum for extraordinary public leadership

Kempston Darkes is also a former Director of Bridgepoint Health Foundation. She has served as the former chair for major gifts for Women’s College Hospital fundraising campaigns and co-chaired the BC Cancer Foundation’s Millennium Campaign, focused on genome science and research into finding cures for and treatment of cancer.

“When I went to GM, I thought I’d go for a couple of years and learn how law was practiced in a large corporation before returning to private practice,” she says. “But I must have gasoline in my blood. I enjoyed the industry so much. I got to see so many different areas of business and law and every aspect of my career at GM represented a new challenge.”

In 2020, Kempston Darkes received the faculty’s Distinguished Alumni Award for extraordinary public leadership and lifelong commitment to the community over the course of their career.

“Law provides you with a way to thinking about issues that bring people together, to solve complex problems, because it’s a disciplined way of thinking. You connect with business issues, social issues, public policy issues, et cetera,” says Kempston Darkes.

The most successful businesses are those that take a long-term view. They create collaborative cultures, and they really value diversity of thought, because they want to be responsive to society.

“The most successful businesses are those that take a long-term view of the future. They create collaborative cultures, and they really value diversity of thought in all aspects as they develop their business, because they want to be responsive to society and their customer base.”

Darkes’ career took him into public service for over 30 years, working in the legal department for the City of Toronto and prior to amalgamation, the City of North York, representing the city at the Ontario Municipal Board on zoning and planning matters.

“We did a lot in North York, developing the corridor from Shepherd to Finch Avenue and the subway line that now operates from Yonge and Shepard to Don Mills. It was pretty exciting,” says Darkes.

The couple met on their first day of law school and have been married for over 45 years.

“We met, in what was then, the moot courtroom, and we both decided to sit near the back row,” said Darkes, recalling the nerves they experienced on their first day.

“Our connection just grew over the years in law school,” adds says Kempston Darkes. “We decided that we were a team that we wanted to be together for life.”

The most successful businesses are those that take a long-term view. They create collaborative cultures, and they really value diversity of thought, because they want to be responsive to society.