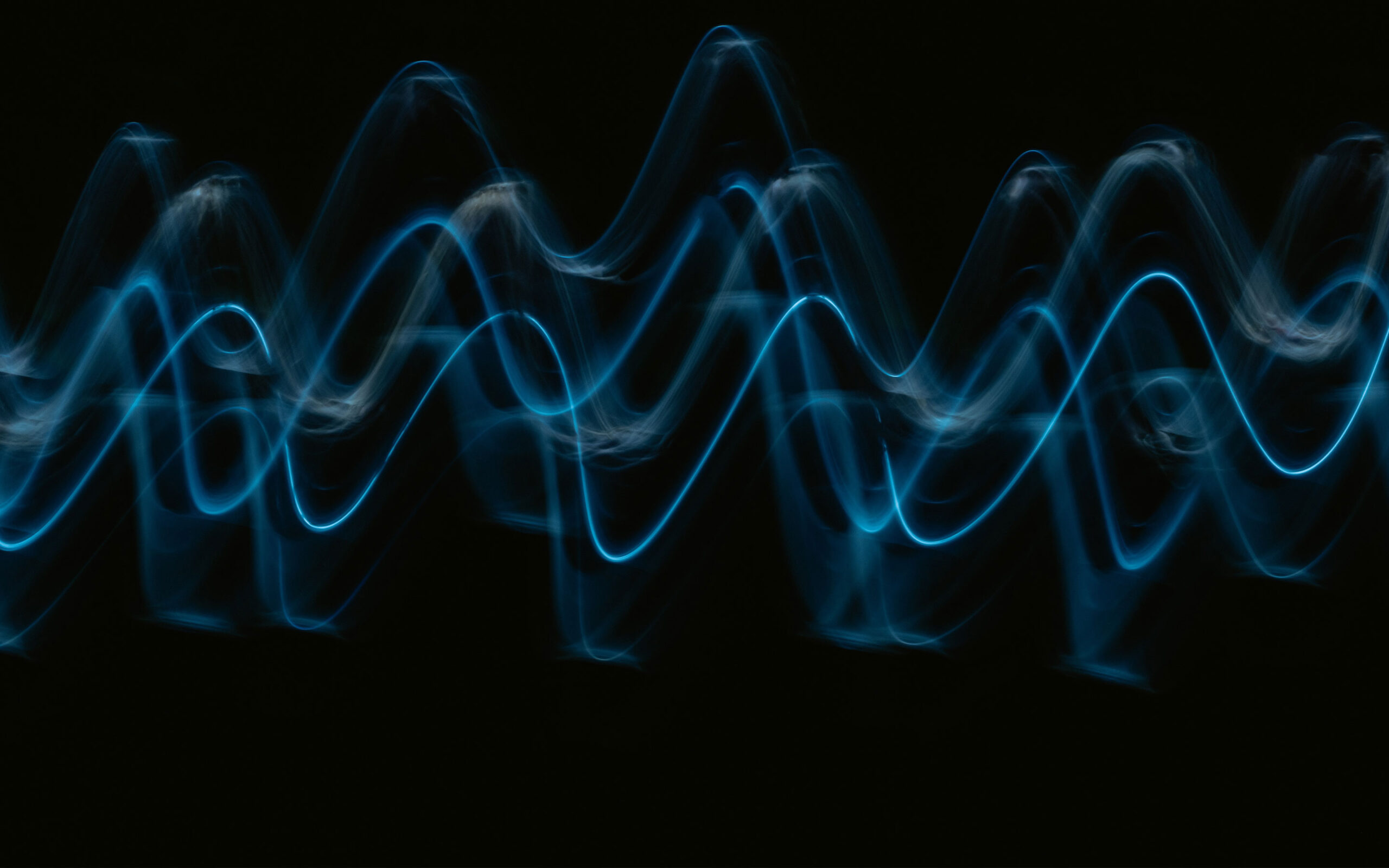 The Rogers Foundation announces a second landmark gift, building on its $130 million gift in 2014, to sustain the Ted Rogers Centre for Heart Research in perpetuity and bring the promise of precision cardiac health to patients across Canada and globally.

In 2014, the Rogers Foundation made a record $130-million gift to establish the Ted Rogers Centre for Heart Research (TRCHR))—a visionary, collaborative initiative harnessing the strengths of its three institutional partners: The Hospital for Sick Children (SickKids), University Health Network (UHN), and the University of Toronto. That gift united these institutions with a vision to reduce significantly the impact of heart failure in Canada for children, youth and adults alike, with worldwide implications.

Now, in a new era of precision medicine, a second gift will make an even greater impact by harnessing theability to treat each person according to their unique genetic, biological, and environmental profiles to better diagnose, correct, predict, and prevent heart failure.

Today, the Rogers Foundation is announcing a $90-million benefaction—matched with $94.2 million in institutional support and additional fundraising—that will sustain, advance, and significantly expand the reach of the TRCHR.

In addition to enabling discovery research, this investment will help more patients with heart failure to avoid hospitalization, understand the genetic basis of their disease, and receive unique, personalized approaches to heart health. These advances will reduce instances of heart failure and sudden death while slowing heart failure’s progression, setting a new global standard in care.

The Rogers Foundation’s combined gifts of $220 million to the TRCHR represent one of the most significant philanthropic investments in Canada’s history.

Loretta Rogers was passionate about the Ted Rogers Centre for Heart Research and the promise it held to counter the ravages of heart failure and secure better heart health for everyone.

“We’re proud to support the work of the Ted Rogers Centre for Heart Research, which was passionately championed by our late mother Loretta from its infancy and reflects her and Ted Rogers’ spirit of innovation, ideals, and vision of cutting-edge care for all,” said Martha Rogers, chair of the Rogers Foundation. “Today marks the start of an exciting new era in heart health not just for Canadians, but for patients around the globe. Loretta championed this gift at our Foundation board table when we finalized our new commitment last November.  She was proud of and passionate about the accomplishments of the Ted Rogers Centre for Heart Research and the promise it held going forward to counter the ravages of heart failure and secure better heart health for everyone.”

Loretta Rogers was passionate about the Ted Rogers Centre for Heart Research and the promise it held to counter the ravages of heart failure and secure better heart health for everyone.

“In just a few years, the Ted Rogers Centre for Heart Research has emerged as a model for heart health by following through on our promise of reducing rehospitalizations for heart failure by 50 per cent, among many other landmark accomplishments,” said the TRCHR’s executive director, Dr. Mansoor Husain.

“This generous investment from the Rogers Foundation, including the late Loretta Rogers, will not only sustain this impact but allow us to scale across Canada and the world, offering health-care providers 21st-century tools necessary to prescribe the right treatment for the right patient at the right time in the right place, keep more patients at home, prevent tragic and sudden deaths, and improve overall patient health and well-being,” Dr. Husain added.

This second investment by the Rogers Foundation will capitalize on the achievements of the TRCHR’s first eight years and ensure its work can continue in perpetuity.

First, building on its successful reduction of rehospitalizations at UHN by 50 per cent, the TRCHR will help prevent heart failure hospitalizations on a global scale. This will involve the enhancement of its Digital Health Platform, including Medly, a proprietary heart failure management program, which enables the rapid assessment and triaging of patients in real time. The new gift will enhance the Digital Health Platform with cutting-edge wearables, novel sensor-based technologies and artificial intelligence enabled algorithms, creating new systems of care. This program will expand nationally and internationally, beginning with remote, underserved communities as well as children and youth.

Second, the investment will help researchers predict and prevent heart failure by applying artificial intelligence and machine learning analyses to complex patient data, and by building on early genetic and biomarker research to reveal the underlying mechanisms of heart failure and to identify new therapeutic targets for treatment. The TRCHR will expand genomics-based precision diagnosis for heart failure in children, youth and adults, including identification of the genetic causes of cardiomyopathy and congenital heart disease.

We envision a future where health care is individualized to each child’s unique characteristics to provide unprecedented outcomes for our patients and families, at SickKids and beyond.

Third, the gift will support innovation and education funds to accelerate collaboration on new heart failure care technologies and startups, and to help train the next generation of leaders in cardiac care.

“At SickKids, we envision a future where health care is individualized to each child’s unique characteristics to provide unprecedented outcomes for our patients and families. The Rogers Foundation’s generous support will help us move forward with this vision for Precision Child Health and improve cardiac health for children and youth, at SickKids and beyond,” said Dr. Ronald Cohn, president and CEO of SickKids.

We envision a future where health care is individualized to each child’s unique characteristics to provide unprecedented outcomes for our patients and families, at SickKids and beyond.

“Countless people across Canada and around the globe will benefit from this latest landmark benefaction to the Ted Rogers Centre for Heart Research,” said Meric Gertler, president of the University of Toronto. “On behalf of the University of Toronto, I join our institutional partners in expressing our profound gratitude to the Rogers Foundation, and especially to the late Loretta Rogers, for their continuing vision and transformational generosity.”

With many complex causes, heart failure remains one the world’s deadliest illnesses, affecting patients across the lifespan and in every demographic group. The high rate of hospitalizations for heart failure presents an additional burden on patients and their families, and on health-care systems in Canada and worldwide. One million Canadians suffer various forms of heart failure, and 60,000 are newly diagnosed each year. Canadian heart failure patients experience 1.4 million hospital stays annually, averaging 10 days per stay, a rate that poses an additional burden on hospitals and patients as the system continues responding to the COVID-19 pandemic.

Since its founding in 2014, the TRCHR has made major strides creating an effective, holistic approach to treating this health threat. The TRCHR has reduced re-hospitalizations for heart failure at UHN hospitals by 50 per cent with its at-home patient management technology, Medly, and reduced admissions to hospital from the ER by 25 per cent with a TRCHR-developed heart failure risk-score algorithm. TRCHR investigators have also been able to identify children at risk for sudden death by discovering a critical new biomarker related to heart failure risk. They have also diagnosed the causal factors of cardiomyopathy in twice as many patients as before the TRCHR began.

This collaborative, groundbreaking work has left an indelible impact on so many patients, including Katie Shea, who, thanks to the work of scientists and clinicians in the TRCHR’s Cardiac Genome Clinic, was found to have dilated cardiomyopathy—a genetic form of heart failure.

“I ended up being the first in my family’s generation to be diagnosed,” Shea says. “I got a call personally from one of the [TRCHR] researchers…the work that’s been done since has completely changed my experience and my journey. I’m supported and protected, and my family is supported and protected, and you can’t repay that. I want to thank the Ted Rogers Centre for Heart Research from the bottom of my heart.”

About the Rogers Foundation

Ted Rogers was the founder, President & CEO of Rogers Communications Inc. Under Ted’s leadership, the company became a media and communications powerhouse, with interests in radio and television stations, cable distribution, publishing, wireless, internet, the Toronto Blue Jays and Rogers Centre. In his later years, Ted was diagnosed with a heart condition that eventually led to congestive heart failure. He passed away at the age of 75 in 2008. To honour his memory and unshakable entrepreneurial spirit, the Rogers Foundation made a landmark $130-million donation in 2014 to create the Ted Rogers Centre for Heart Research.

Loretta Rogers, who recently passed away at the age of 83, was Rogers Communications’ longest-standing director and a driving force leading the Rogers Foundation. She served on the boards of the University Health Network Foundation, the Bishop Strachan School Foundation, the Canadian Lyford Cay Foundation, the Robert Bateman Foundation and was the founding Director of Sheena’s Place. She was also a driving force behind the initial $130-million gift to establish the Ted Rogers Centre for Heart Research.

The Rogers Foundation is a generous supporter of many other causes. The organization most recently donated $60 million to several charities to support Canadians affected by the COVID-19 crisis.

About the Ted Rogers Centre for Heart Research

Founded in 2014, the Ted Rogers Centre for Heart Research’s mission is to transform and dramatically improve the future of heart health for children, adults and families across Canada and around the world, through an integrated program of outstanding research, education, and clinical care. At the Ted Rogers Centre for Heart Research, pre-eminent experts in a variety of disciplines including cardiology, bioengineering, computer science, cell biology, pediatrics, nursing, genomic medicine, and immunology work together to accelerate the discovery of new approaches to treating heart failure. A model for collaborative medicine, it has reaffirmed Toronto as a global hub for cutting-edge cardiovascular research.

About The Hospital for Sick Children

The Hospital for Sick Children (SickKids) is recognized as one of the world’s foremost pediatric health-care institutions and is Canada’s leading centre dedicated to advancing children’s health through the integration of patient care, research, and education. Founded in 1875 and affiliated with the University of Toronto, SickKids is one of Canada’s most research-intensive hospitals and has generated discoveries that have helped children globally. Its mission is to provide the best in complex and specialized family-centred care; pioneer scientific and clinical advancements; share expertise; foster an academic environment that nurtures health-care professionals; and champion an accessible, comprehensive, and sustainable child health system. SickKids is a founding member of Kids Health Alliance, a network of partners working to create a high quality, consistent and co-ordinated approach to pediatric health care that is centred around children, youth, and their families. SickKids is proud of its vision for Healthier Children. A Better World.

University Health Network encompasses the Toronto General and Toronto Western hospitals, the Princess Margaret Cancer Centre, the Toronto Rehabilitation Institute, and The Michener Institute of Education at UHN. The scope of research and complexity of cases at UHN has made it a national and international source for discovery, education, and patient care. UHN has the largest hospital-based research program in Canada, with major research in arthritis, cardiology, transplantation, neurosciences, oncology, surgical innovation, infectious diseases, genomic medicine and rehabilitation medicine. University Health Network is a research hospital affiliated with the University of Toronto.

About the University of Toronto

Founded in 1827, the University of Toronto is Canada’s leading institution of learning, discovery, and innovation, and one of the world’s top research-intensive universities. Its faculty members are global leaders across the humanities, sciences, social sciences and professions. Its students enjoy an extremely wide range of opportunities for community and cocurricular learning. And the university’s more than 660,000 alumni are prominent in every walk of life across more than 190 countries.