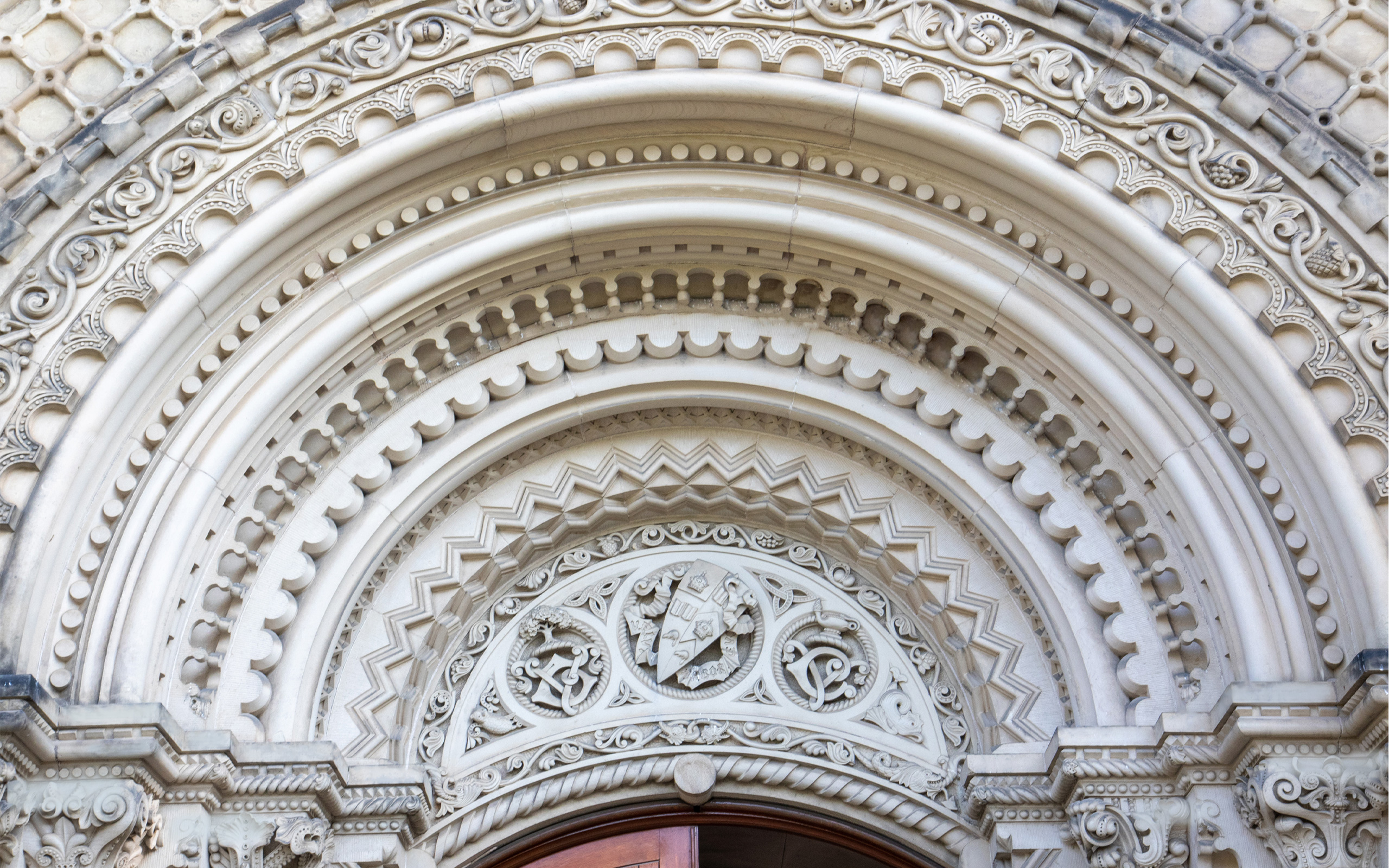 University College celebrates a renewal of iconic U of T spaces

Revitalized spaces including the Clark Reading Room, the UC library, the Clark Quadrangle, and the Paul Cadario Conference Centre, give students new opportunities to learn and collaborate.

Thanks to support from alumni and students, historic spaces at University College have been revitalized, and a modern conference centre has been created within Croft Chapter House. This architectural renewal not only restores the beauty of University College, but raises these crucial student spaces to 21st-century standards of accessibility and technological access.

“University College is one of U of T’s iconic structures, and one of Toronto’s and indeed Canada’s most outstanding pieces of architecture,” says Meric Gertler, president of the University of Toronto. “The revitalization project has preserved and enhanced the original beauty of this landmark from the 19th century, while providing state-of-the-art student spaces to meet the accessibility standards and technological needs of the 21st. On behalf of the entire University of Toronto community, I would like to thank the students, alumni and donors whose generous support enabled us to realize this brilliant vision.”

The key revitalized spaces include the upgrading of the West Hall into the Clark Reading Room, an updated student space, and relocation of the UC library into the East Hall. The quadrangle has been revamped into the more inviting Clark Quadrangle in the exterior, centre of the building. The Paul Cadario Conference Centre in Croft Chapter House has transformed this historic space into a centre for research, collaboration and debate.

The renovations also included improving physical accessibility to the 150-year-old building, making it more useable to the broader University of Toronto community.

The restoration and revitalization was undertaken by Kohn Shnier and ERA architects on the inside of the building, and The Planning Partnership for the Clark Quadrangle.

We at University College are extremely grateful to everyone who helped make this vision a reality.

“Throughout the entire process, this project was always focused on enhancing the student experience,” says University College Principal Markus Stock. “Enabling positive interactions among our students, and catalyzing their development as positive change makers, is closely tied to the spaces that support them. We at University College are extremely grateful to everyone who helped make this vision a reality.”

We at University College are extremely grateful to everyone who helped make this vision a reality.

The first major contributors to the project were Ed and Fran Clark, two UC alumni with a multi-generational legacy at University College. They both have a long history of support and volunteerism at U of T, and their generous commitments led to the creation and naming of both the Clark Reading Room and the Clark Quadrangle.

The other major individual donor to the project, Paul Cadario, also has deep roots across the University of Toronto, to date having served in more than 40 different volunteer capacities. He stepped forward to help create a new locus of teaching, learning and public debate within Croft Chapter House, the new Paul Cadario Conference Centre, which will host both UC meetings and major U of T conferences.

In testament to the importance of this project to the students themselves, University College students contributed $2.1 million to the revitalization through a voluntary levy on student fees over the past two years.

After the Valentine’s Day fire of 1890, when almost all of UC was lost, it was alumni who stepped forward to help rebuild it. Today, we’re seeing this legacy of support again.

“These generous gifts continue a long tradition of support from University College students and alumni for their college,” says U of T’s Vice-President, Advancement, David Palmer. “After the Valentine’s Day fire of 1890, when almost all of UC was lost, it was alumni who stepped forward to help rebuild it.

“Today, we’re seeing this legacy of support again, which is returning these important spaces — some of which are among Canada’s greatest collegiate interiors — to their original aims of student service and scholarship. We are deeply grateful to Ed and Fran Clark, Paul Cadario, UC alumni donors, and the University College students themselves for making this possible.”

After the Valentine’s Day fire of 1890, when almost all of UC was lost, it was alumni who stepped forward to help rebuild it. Today, we’re seeing this legacy of support again.